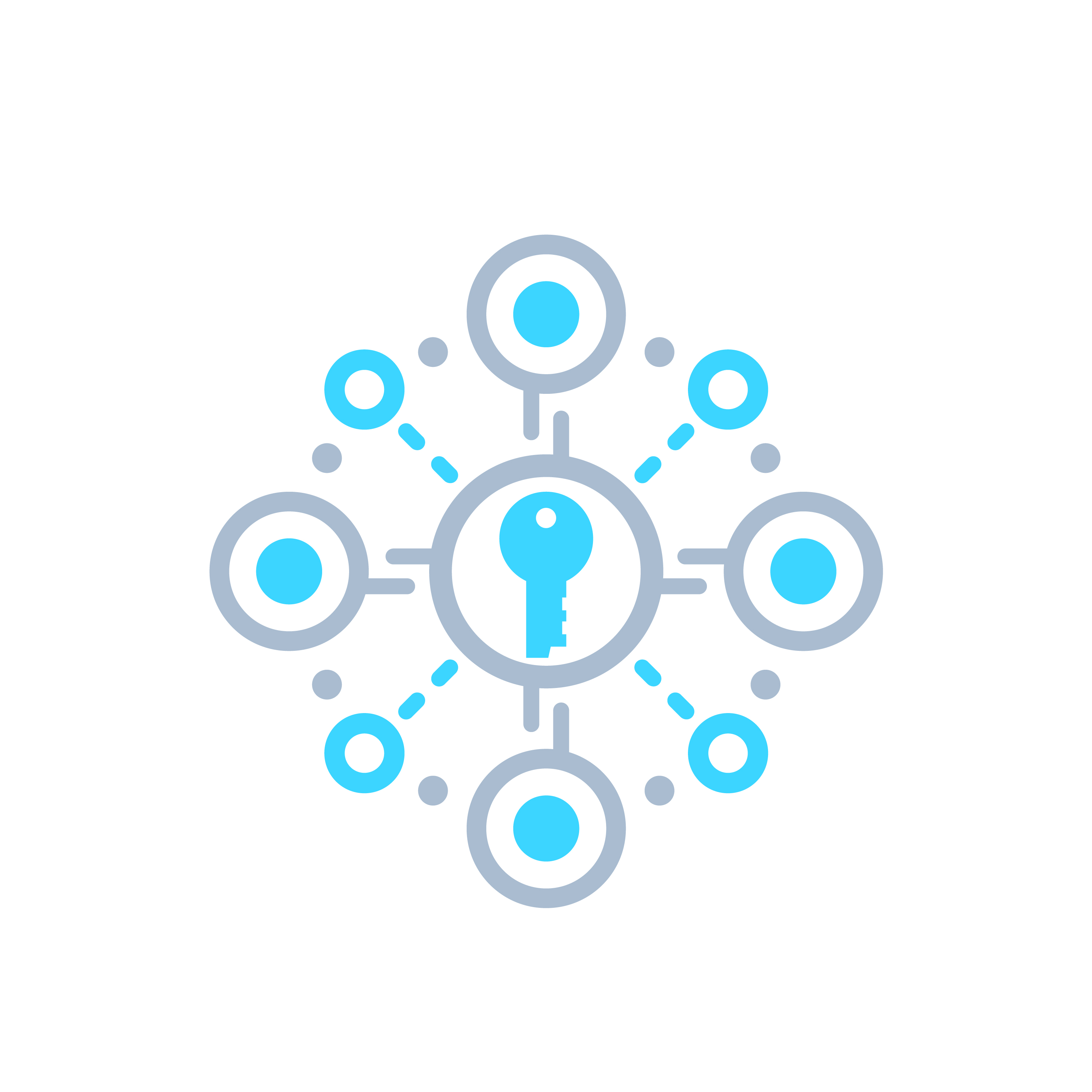 For those responsible for the cybersecurity of critical networks, a “threat profile” (TP) is an extremely valuable tool. A TP identifies and documents potential vulnerabilities (or “findings”) related to an assessed piece of software. Using a TP, experts can better prioritize, develop and deploy effective approaches to mitigate the identified vulnerabilities. TPs also communicate risk to users by documenting all that has been done to boost cybersecurity. ACE IoT Solutions is pleased to spread the word that the Pacific Northwest National Lab (PNNL) has released a Threat Profile for VOLTTRON, the open source energy data and DERMS platform.

Why should the VOLTTRON user community - and proponents of open source technologies - cheer PNNL’s development and publication of these documents?

First and foremost, the TP and related documents provide evidence of the security of the VOLTTRON Platform. While nobody can promise complete security for any system, the due diligence PNNL’s Secure Software Central (SSC) employed for VOLTTRON shows the extent to which the VOLTTRON team goes to secure its software. A second reason to cheer the release is that the reports demonstrate the Department of Energy (DoE) and PNNL’s ongoing commitment to VOLTTRON. The reports and the energy and resources behind the assessments should provide current and potential users of VOLTTRON with confidence in the tool. A final reason to cheer is that the reports illustrate a distinctive attribute of open source systems when it comes to assessing and mitigating cybersecurity threats. When ACE IoT Solutions interviewed Chance Younkin, a Cyber Security Engineer at PNNL, he made this very point.

“The highly collaborative approach between the VOLTTRON community and the team was hugely beneficial to the threat assessment process. Users in the VOLTTRON community can independently verify the Threat Profile and the efficacy of potential risk mitigation. Threat Profiles can be easily customized for different users, providing specific controls for each use case. But the Open Source nature of VOLTTRON allows that knowledge to be shared back to the community, which leads to increased security throughout. Of course, this is most often not the case with proprietary systems, where users have no choice but to trust that a vendor’s software developers are being vigilant and transparent when it comes to mitigating cyber threats. This kind of collaboration is only possible because VOLTTRON is open source”

Summaries of the PNNL Releases

Last week, PNNL’s Secure Software Central (SSC), a capability that strives to bring cybersecurity to all aspects of the software development life cycle, released three documents pertaining to cybersecurity and the VOLTTRON™ Platform.

TPs bring value regardless of the development stage of the software. They yield actionable controls for mature software, they establish security requirements when no code is written, they provide justification for taking security measures because the controls show exactly what can be compromised. 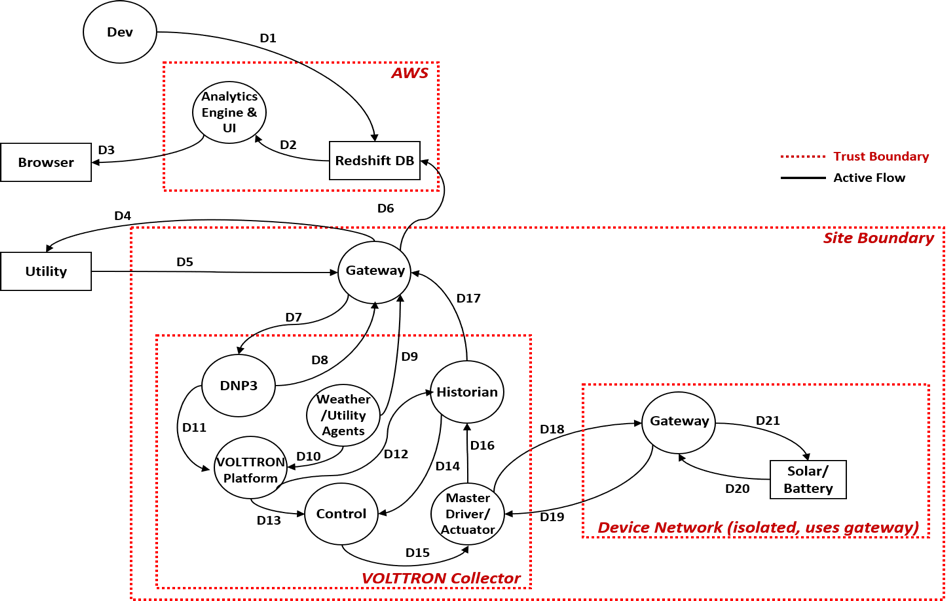 Data Flow Diagram for the Flat Topology Use Case

The CSR also provides guidance for further VOLTTRON development with several focus areas. From security logs for forensics analysis to web resources, to cloud, these preliminary findings are only the start of a more complete threat profile offering.

Next Steps and Opportunities to Engage with the SSC at PNNL

With SSC’s efforts, PNNL has demonstrated its commitment to VOLTTRON development and to cybersecurity within the VOLTTRON platform. As more users (including utilities) examine VOLTTRON’s functionality and evaluate its usefulness, the security of the platform becomes more critical. The SSC team seeks your input in four ways:

If you have any interest at all in working with SSC, please reach out to them directly by contacting Chance Younkin (chance.younkin@pnnl.gov) or reach out to me at Andrew@aceiotsolutions.com.

Contact us to set up a trial of our IaaS product.